Part of the Rolex Watches,

Audemars Piguet has done it again. Today I introduce to you the Audemars Piguet Royal Oak Frosted Gold in 41mm.  Well, now the iconic manufacture has released a limited edition version of this sparkly number in 41mm for those of you looking for size and sizzle.

The Royal Oak Frosted Gold was originally introduced at SIHH 2017. It is produced by a hammering technique utilized by Florentine jeweler, Carolina Bucci, that “frosts” the gold prior to assembly; the technique involves striking the gold surface repeatedly with a diamond-tipped tool, which leaves faceted impressions on the surface.

The Frosted Gold watches were originally only available in 33m and 37mm versions for ladies, which were equipped with a quartz calibre and the automatic cal. 3120 respectively. Now the 41mm Frosted Gold for men is powered by the in-house cal. 3120 automatic. It is available only in white gold with a blue “Grande Tapisserie” dial. 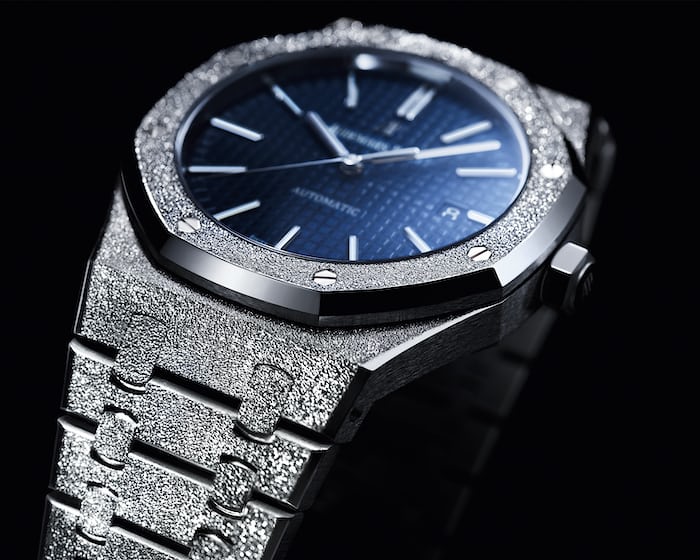